A feel-good book to begin with, but not much otherwise.  That was my reasoning for purchasing Ta deuxième vie commence quand tu comprends que tu n'en as qu'une, after a colleague recommended this for my French book search (I make it a point to read books in languages other than English, so as not to lose touch...)

This would then be my go-to book for travelling, for evenings when I'm dead tired, in general for occasions when I don't need to think hard about the subject at hand.

What a surprise, then, when I realised that underneath the "light" packaging, this book actually has a lot of substance. I could identify with the main person of this story: I'm at the exact same point in life, I'm going through very similar thoughts, and I get the same type of reactions when I express my worries.
Continue reading »
No comments: Links to this post

The Rosie Project, by G. Simsion

This is one of the books that grabbed my attention from the title:  The Rosie Project, by Graeme Simsion, had all the ingredients that would make me buy the book in an instant: a chick-lit from a man's perspective.  How refreshing and delightful...

Don, a genetics professor, is exactly the cliché of a nerdy scientist.  He avoids human contact and he meticulously analyses  and plans every aspect of his life. When he's informed that he's good husband material, he jumps into this adventure - after all, according to statistics, there is someone for everyone - ergo, someone for him too.  But this is not a princess charming story - no, Don needs to spell out exactly what this someone will be, and he (again, obviously) starts with his Wife Project!

As I get older, I find myself revisiting my younger years more and more often.  Did I lead the life I intended?  have my ideas, my beliefs, my opinions changed?  How has my outlook on life evolved over the years?  Do I get stubborn as I get older? Is life still worthwhile?

Do not worry, dear reader - we all go through such phases in our lives.  We just need to be reminded of the simple pleasures in life to keep our spirit up ...

In A Man called Ove, Backman describes an excellent case in point:  Ove, an - ahem - older man, who cannot deal with his wife's passing.  He can no longer fit in with society's new sets of rules, he can no longer understand how people function... Enter a drastic solution:  he will kill himself.

This is a tragic decision and should not be treated lightly.  And yet, when he fails - miserably - more than once to go through with it, it is with a little smile that I react.  The combination of comedy and tragedy, as well as the true facts about modern life (indeed, they don't make ropes as sturdy as in the past), ensure that this book is not a gloomy account of a lonely life, but rather an account of how such a "misfit" can actually fit in with the rest of society.

The link:  Parvaneh, an Iranian neighbour - with all the clichés that apply to a "southern" woman:  loud, persistent, family-oriented, making food for everyone (I personally know such an Iranian woman, and I can see where the inspiration comes from...).  Parvaneh enters Ove's life like a compactor and there's no escape.  (I believe she's realised what Ove was trying to do from the very beginning, which makes her get involved even a bit more).  She feeds him, she makes him take on a stray cat, she gets him to drive her to the hospital, where he's also left to care for her daughters... There is no end to all the intrusion and Ove cannot escape!

Slowly, we see a transformation in Ove: from a truly grumpy old man, he slowly agrees to "teach" the new generation how things are done (he's still of a generation of Jack of all trades - something that even I see is missing from the younger generation, and I'm supposed to be only middle-aged).  But not only that:  as many real-life examples show, the older generation can still contribute and enhance the lives of the young ones.  There is enough distance to look at things in a calmer manner (the relationship of parents-children will almost always be problematic, whereas that of grandparents and children is potentially beneficial for both).  And so Ove becomes a surrogate grandfather to Parvaneh's daughters, while he proves he's modern enough to accept and put up a homosexual guy when he's thrown out of his parents' house.  He becomes an active member of his little community.  And the community loves him back.

The book is written in an easy-going style, which is slightly nostalgic.  It brought back memories of elderly people around me who, like Ove, try to find their place in the world and cannot seem to succeed. If you want to read a book that will restore your faith in humanity, this book is one very good choice....

----------------
For the visual interpretation of this book, I also watched the film "A man called Ove".  A very good adaptation, it perfectly complemented the reading!

The Book of Rustem - translation by E.M. Wilmont Buxton 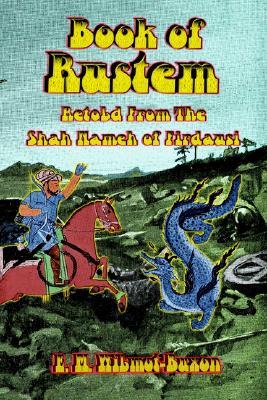 I just love my book club.  The fact that each time the host/ess chooses a book, which we all then read and discuss, gives me the opportunity to get a taste of new genres, authors and countries that I may otherwise not have experienced.

So when our Iranian hostess informed us of the Book of Rustem, and I got to see the beautiful illustrations, I knew I was in for a treat:  a sort of fairy-tale, set in beautiful Persia.

The book reads very comfortably - it helps that I've read the Bible, because the style is comparable.  Continuous repetitions and use of the superlative set the scene and provide the background for the reading experience.

The main character is Rustem and his adventures - but before that, we get a glimpse of his predecessors, who are implicated in a repetitive pattern of family feuds, heroic fights, plenty of courage shown, as is the quest to avenge for any wrong-doing...

I knew Patti Smith as a performer but nothing more, and that's why I thought reading Just Kids would shed some light into her public and personal life and I would get to appreciate her.  I was not aware of Robert Mapplethorpe, but I regarded that as an added bonus.

Smith narrates her days as a young woman, and her struggles when she couldn't even afford to eat - unfortunately, all this in manner that shows no emotion at all.  When she becomes pregnant and she gives her baby up for adoption, I was astonished to read how calm she was throughout her pregnancy.  Everything organised, everything taken care of -- I may belong to a different era, but her attitude made me think of cold-heartedness.  As she barely earns enough money to eat and have a place to sleep, she is lucky enough to always have people around her to help out.  But still, she is reluctant to return to an otherwise respectable job because

Smith goes on to describe her relationship with Mapplethorpe, how he becomes homosexual, how she reacts to this (here I have to admit her reaction made me think she was utterly naive, in an era when people were not...).  She starts her art, she meets all the celebrities of the time (again, her narration is pretty much detached - as if these were happening to someone else, not herself).  She cannot come to terms with Mapplethorpe's homosexuality, and yet accepts everything about him... There is not much material on their couple, even though this book is supposed to be about them.

And then there is Rimbaud.  An obsession I still cannot understand, Smith wakes up at some point with a revelation to go to Ethiopia and find the secret papers of Rimbaud (like everyone does?).  When this does not materialise (because she cannot find a sponsor), she is content to go to Charleville, France, where Rimbaud was born and buried.  I admire and respect plenty of public figures, and I would have the financial capacity to do such travels, yet I cannot see myself doing any of this - people are just people...

I was not impressed with the book: for my taste, it was too repetitive, boring and fairly detached.  If this is supposed to be an autobiography, it really did not warm me up to Patti Smith - on the contrary, I believe I lost some of the admiration I might have had for her.

For the die-hard fans of Patti Smith, this book may bring back memories of a long lost carefree era.  I'm not sure what it brings to the general public... 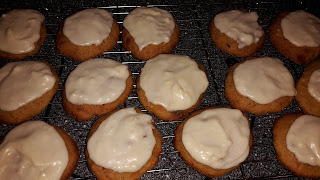 Carrot cake must be one of the best inventions humans can ever think of.  So luscious, so nutty, so... healthy with all those carrots ... ;-) I really consider this as my go-to dessert and I'm always on the lookout for new variations.  When my friend Jessi invited me to a Pub Quiz night, I knew this was the opportunity (plus it had been Carrot Cake day some days before...).  Given that such nights ask for finger food, I couldn't make a proper cake.  But I could turn the cake into cookies - the perfect finger food...
Continue reading »
10 comments: Links to this post

Dietland was given to me by a friend with the tag "a funny read".  Something between a chick-lit and an airport paperback.  Which was what I needed at that point in time.  I was also intrigued by the subject, being overweight myself.  Sorry, scratch that:  being FAT myself.  One of the first revelations in this book is how fat people perceive themselves:  even when we are aware of who / what we are, we tend to shy away from accurately describing our size and retort to "euphemisms".  No more....

Dead Wake: The Last Crossing of the Lusitania, by Erik Larson

I first came across Erik Larson when I read "Garden of the Beasts" for my book-club. I was immediately drawn to his style of writing, that included so much detail but still managed to keep my interest up and make me devour each page...

When we decided to read "Lusitania", I was taken aback.  I had no idea what we were talking about (I am a southern European - when speaking to northern compatriots, they were indeed aware of the whole story...)

The book continues in the same pattern:  lots of details that shed light into the minute particles of the cosmos that is warfare and more specifically submarines.  However, this was its downfall as well - however interesting the information was (and indeed I was surprised to learn some of these things) it is still submarines - I just couldn't warm up to them and I really could do without all the technical specifications ...
Continue reading »
1 comment: Links to this post

Headscarves and Hymens: Why the Middle East needs a sexual revolution, by Mona Eltahawy 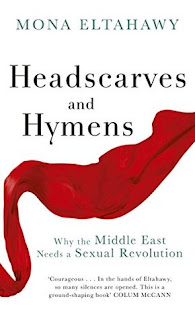 A book picked up for my book club, I actually had high expectations when I first got it.  The subject is (still) relevant, it's an issue that interests me personally, I have actually followed several women's studies classes at university and have also written a paper on the suffragettes.  So, all in all, I was ready to be dazzled...

I'm very disappointed to say that I was far from dazzled. Let me start with the caveats:  I'm European, Caucasian, Christian, middle-class and fairly well educated.  I may not be part of the target audience of this book, but after some thinking, I came to the conclusion that this was not the reason I didn't like the book.
Continue reading »
2 comments: Links to this post